Today, I have an urgent request for your help – and to let you in on a little secret.

The secret is not uncommon, but I have been asked for anonymity by the family; changing names and some details in the course.

I need your help to break the stigma of dementia for families in the community.

“I did nothing of the sort! … your daughter is a liar and a thief!” – said Jane to her son Simon.

The family confrontation that brought everything to the surface.

It started out small, the memory loss, and they’d just put it down to getting older, but then the arguments started – the ‘he said she said’ kind that nobody wins.

“I didn’t say that” Jane would say. Brian would just shrug it off and try to change subject or get back to the paper, not thinking too much about it, after all, they’d always had a bit of a fiery relationship – that was one of the many things he loved about her, they would have all kinds of debates - her passion for women’s rights, politics and world views.

But still, Brian did suspect something wasn’t quite right with Jane. “I’ve still got all my marbles” she’d say for reassurance.

They had talked about Jane’s memory, but kept it to themselves – “We didn’t want to worry the children”.

Seeking any help was too difficult, personal and confronting, and Brian wasn’t too sure what to make of the changes in Jane’s behaviour, let alone even talk to her about them.

One day their granddaughter Hannah visited, she was working on a school project about family history. She was in deep conversation about it with Nana Jane, when Jane abruptly got up and went off to the bedroom - coming back a few minutes later with a handful of photos, and jewellery “take these” she said as she thrusted them at Hannah.

Hannah thought it was a bit strange, but started to ask questions about the items - it was fascinating to learn where they had come from and who the people were. “Oh no, you can’t have this one” snatching a small broach back from Hannah putting it in her pocket.

Hannah bundled up the precious items into her bag to take home ready for her presentation.

“Some bugger has stolen Jane’s jewellery.”

Simon calmed his father down and told him to lock up and he’d help contact the police in the morning.

Simon gets off the phone and tells his wife Lynda. Hannah, who overhears, quickly pipes up… “no?! I have them here”, showing her parents “Nana gave them to me for my project”.

Simon calls his Dad back, this time his Mum answers – he explains to her that Hannah has her jewellery and some photos too, “you gave them to her for her project mum…” – “I did nothing of the sort! … your daughter is a liar and a thief!” and she slams the phone down.

A few minutes later the phone rings.. this time it’s his Dad: “What’s going on Simon, your Mum is screaming about Hannah stealing her jewellery?” The argument intensifies, again ending abruptly.

The next morning, the phone rings again - “You better get it Simon, it might be your Dad” says Lynda. Simon picks up the phone, sure enough it was his Dad… he braces himself…

“I’m sorry Simon, your Mum now remembers she’d lent the stuff to Hannah, and we found more around the house”.

Brian and Jane were embarrassed, this was the first time something like this had breached their home. The secret was out.

It was time to see if there was more to it than Jane just getting a bit forgetful as she got older.

Full of nerves – they visited Jane’s doctor, and after a lot of questions and a few tests, it was indicated that Jane had dementia.

Overwhelmed with the terminal diagnosis, with emotions running high, there was a lot to take in and figure out.

Right now, we see on average 100 referrals a month like Jane, from the local community in Kāpiti, Porirua, Wellington and the Hutt Valley.

Whānau, and carers like Brian also receive help to breakdown barriers, stigma and allowing them to talk openly in a non-judgmental environment, full of support and companionship, not only from the Dementia Advisers, but from people grappling with the same issues.

There can be a minefield of questions once someone like Jane has been diagnosed, and this can be confronting for everyone. With your support, people like people like Brian, and their family, can attend a series of Dementia Essentials seminars to answer the most common questions about dementia:

Your gift today can support funding for the current planned seminars.

Attendees said: “A big help. Make more people aware of these seminars.” I Hall. “The seminars helped formalise my feelings and thoughts.” Helen P. “Very helpful for me.” S Powell.

Your help of could go toward providing more local seminars, so carers don’t have to worry about travelling far to attend these vital sessions.

In Aotearoa, there are 70,000 people recognised with dementia, and the number is expected to rise to 170,000 in the next 30 years! It’s staggering to think that’s nearly the population of Wellington.

These figures locally and for New Zealand as a whole, may only be the tip of the iceberg.

In Australia the number #1 cause of death for women is dementia.

For a long time dementia has been stigmatised, and a silent disease, your gift could assist in demystifying it for more families, please make your urgent gift today.

Your urgent action will help give life-changing support. Ensuring families can don’t suffer in silence. 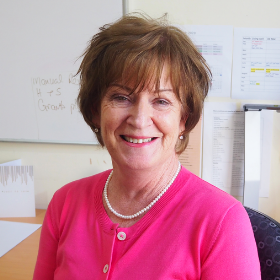 P.S. we appreciate you may be facing your own challenges at this time – but please donate today if you can, and help break the stigma of dementia in your community.

P.P.S. We also ask, if you have a secret you’d like to share - please email us at This email address is being protected from spambots. You need JavaScript enabled to view it. and we'll get in touch.